US media outlets are questioning this week whether former Secretary of State John Kerry broke the law after photos emerged of him allegedly leaving a quiet meeting with Iranian Foreign Minister Javad Zarif earlier this month in a reportedly last-ditch attempt to salvage the nuclear deal.

Iranian activists took to social media to reveal the names of the diplomats who accompanied former Iranian Foreign Minister Kamal Kharazi in Paris, where they allegedly met with Kerry.

Kharazi is currently serving as the head of the strategic council on foreign relations which works parallel to the ministry of foreign affairs and whose members are appointed personally by Ali Khamenei.

Kerry, one of the architects of the pact, was blamed for a “badly negotiated” and “mess” of a deal by US President Donald Trump.

Last week, Trump withdrew the US from the 2015 agreement between Iran and world powers.

Now, a photo tweeted by a former Trump speechwriter Jason Osborne on May 12 purports to show Kerry leaving a meeting with Kharazi, who was accompanied by Iran’s ambassador to France, Abul Qassem Delfi, and the director of the strategic council on foreign relations, Abdul Rheda Fargi Rad, correlating with earlier reports from the Boston Globe. 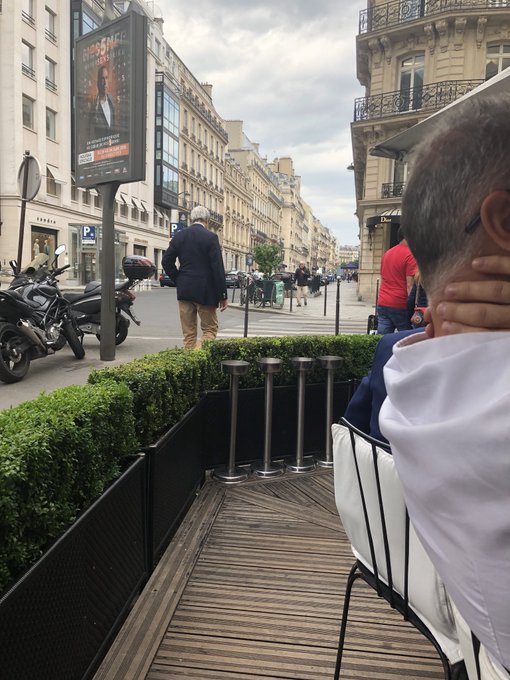 So John Kerry just left a meeting @ L’Avenue in Paris w/3 Iranians. A friend was sitting next to their table and heard JK blasting @realDonaldTrump. The Iranians had a 5 person security detail and left in diplomatic vehicles. Is he FARA registered? @seanhannity @TuckerCarlson

“So John Kerry just left a meeting @ L’Avenue in Paris w/3 Iranians. A friend was sitting next to their table and heard JK blasting (President Trump),” Osborne tweeted.

“The Iranians had a 5 person security detail and left in diplomatic vehicles. Is he FARA registered?”

FARA stands for Foreign Agents Registration Act, a law which requires the agents of foreign powers to be registered with the US government. 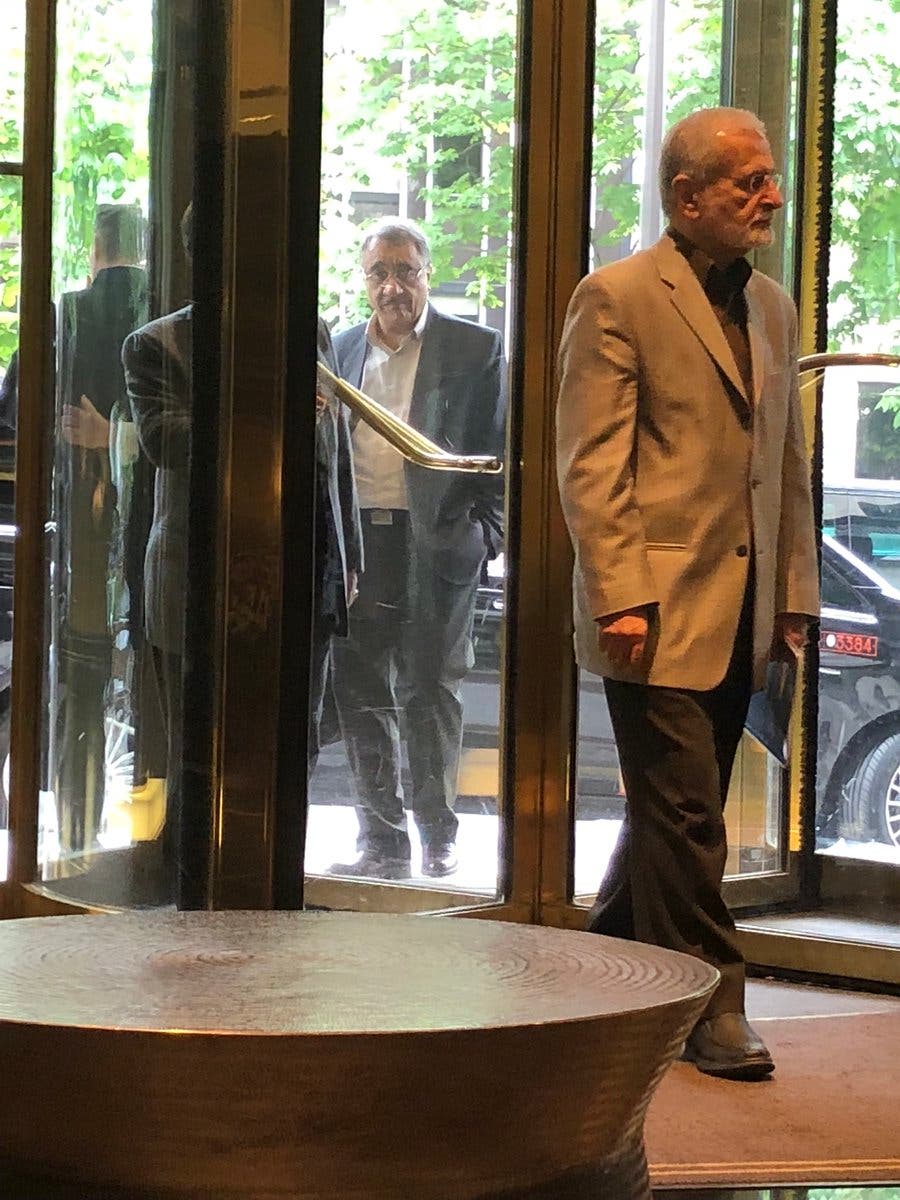 Pictures alleging to show Iranians leaving a meeting with Kerry in France earlier this month. 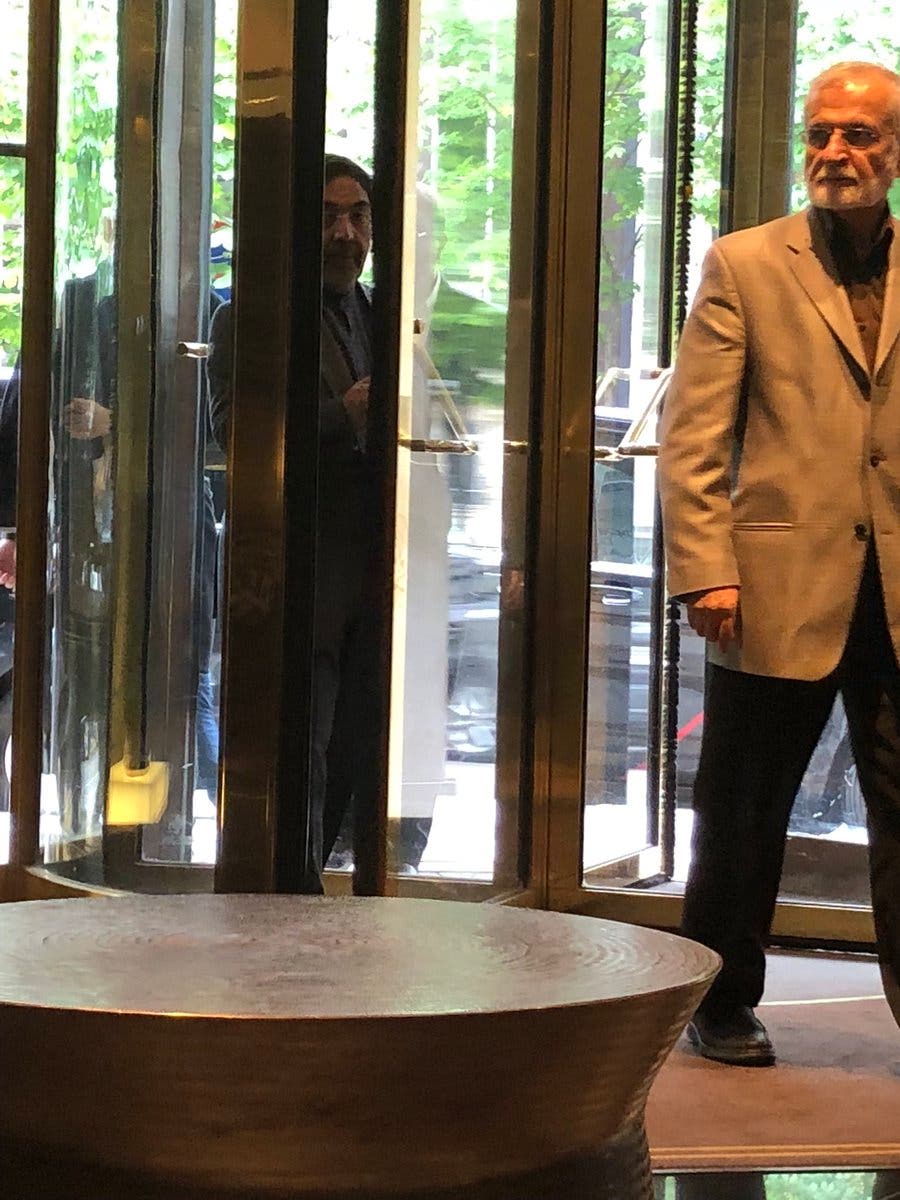 Al Arabiya English could not independently verify Osborne’s claims, but US conservative news site  The Western Journal explains: “Osborne was implying, essentially, that Kerry is acting as an agent on behalf of the Iranians. It’s not hard to reach that conclusion when you combine this with his two secret meetings with the country’s foreign minister and the fact that he’s been outspoken in defending the Iran deal to anyone who will listen.”

The journal also raised speculation over whether Kerry has broken the Logan Act.

Kerry had spoken out in support of the deal days before Trump made his announcement to withdraw.

“Our friends are safer if we stay in this agreement. We made an agreement, Iran is living by the agreement, yes we have concerns on the missiles and Yemen and other things, but we should be working on those,” Kerry told CNN.

The chairman of the advisory council for Iranian foreign relations released a statement denying that the meeting took place between Kerry and Kharazi, adding that Kharazi was only there to attend political meetings.

According to the ISNA news agency, the statement said that the reason for Kharazi’s visit to Paris was to attend the Leaders for Peace conference, which is sponsored by former French Prime Minister Jean-Pierre Raffarin.

During his visit to New York early this month, Iranian Foreign Minister Mohammad Javad Zarif had met with John Kerry.

“Kerry and the rest of the people in the Democratic Party do not influence the Trump government, but America is not just a government in the White House. America is a collection of public opinion, pressure groups and studies, these factors are pushing politics forward,” Zarif had said in a meeting with members of the Iranian parliament.

Tillerson’s Removal and the Future of Iran Nuclear Deal

The removal of US Secretary of State Rex Tillerson has sparked mixed reactions across the Middle East, with Iran seeing this as the end of […]

Iran Regime Choice of Crippling Sanctions or Succumbing to Demands

The Iranian regime supreme leader Ali Khamenei has made official statements time and again, ِin a duplicity game, changing his position on the Iran nuclear […]