The European Union imposed sanctions on Iran’s Intelligence Service along with two of its staff after blacklisting them on the EU terrorist list for assassination plots in Europe, according to Denmark’s Foreign Minister Anders Samuelsen and EU diplomats updating the media on the issue. 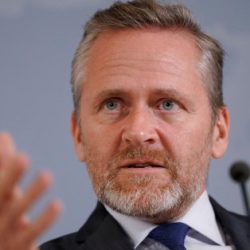 The move follows efforts by Denmark and France to marshal a EU-wide response to the Iranian regime’s terror plots in France and Denmark late last year.

“EU just agreed to enact sanctions against an Iranian Intelligence Service for its assassination plots on European soil. Strong signal from the EU that we will not accept such behavior in Europe,” said  Denmark’s FM Anders Samuelsen.

In addition, in a strong warning to the Iranian regime, Danish Prime Minister Lars Løkke Rasmussen emphasized that “such actions are unacceptable and must have consequences.”

The Danish Foreign Ministry named two individuals as Saeid Hashemi Moghadam, the deputy minister and director general of intelligence, and  Assadollah Asadi, a Vienna-based diplomat involved in terror plots against the grand gathering of Iranian opposition in Paris on June 30 last year. Their names are set to appear officially in the EU’s Official Journal on Wednesday. 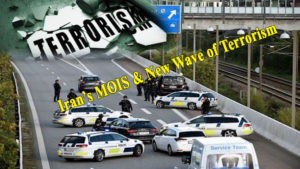 Reuters reported that the decision to freeze the financial assets belonging to the Iranian regime’s intelligence unit and the two individuals comes after Denmark suspected the regime intelligence service of carrying out an assassination plot on its soil.

In addition, France had earlier said there was no doubt the Iranian intelligence ministry was behind the failed attack in Paris. EU officials said the decision was taken without debate at an unrelated meeting of Europe ministers in Brussels and the asset freeze comes into effect on Wednesday.

The Netherlands also accused Iran of two killings on its soil and joined France and Denmark in charging Tehran of plotting other attacks in Europe. 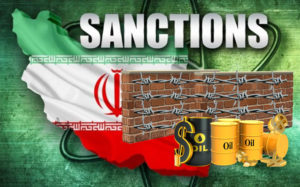 In its July 2017 report, Germany’s Federal Office for the Protection of the Constitution (BfV) announced: “The official headquarters of the Ministry of Intelligence at the Iranian Embassy in Berlin has an important role in the secret service’s reconnaissance. In addition to conducting independent intelligence operations, this headquarters supports activities conducted by the Ministry of Intelligence in Tehran. These operations are mainly against targets in Germany and, in some cases, against individuals or facilities in other European countries,” according to a Statement by the Iranian Opposition (the National Council of Resistance of Iran, NCRI).

Taking advantage of the appeasement policy of some western countries, the Iranian regime has in recent years deployed a large number of its agents and mercenaries under different titles in Europe, the United States and Canada in pursuit of its espionage and terrorist objectives.

Iran Democratic Association (IDA – Canada) supports the NCRI’s call and emphasis on the urgent need to implement the following measures particularly by the European Union to prevent the mullahs’ terrorism in Europe and elsewhere following EU’s sanctioning Iran’s Intelligence:

– Blacklist the MOIS and IRGC completely;

– Shut down the Iranian regime’s embassies;

According to the European Union’s declaration of April 29, 1997, the member states should refrain from issuing visas to the mullahs’ intelligence agents, and the Iranian regime’s agents and mercenaries on European soil should be expelled; In addition, meetings of European officials with the regime at ministerial level should be stopped.

On the 19th consecutive day of their strike, workers of Haft Tapeh Sugar Mill in Shush, Khuzestan Province, continued their protest,  on Friday November 23, […]

EP Vice-president Telicka: #EU Must Not Be Silent About Behavior of Iranian Authorities Against Protesters

NCRI – English translation of text of a press release by Czech MEP Pavel Telicka, Vice-president of the European Parliament and member of the EP […]

Dr. Alejo Vidal-Quadras, President of the International Committee in Search of Justice (ISJ) and Former Vice President of the European Parliament (1999-2014), issued a statement to condemn […]