Executions, arbitrary arrests and killings, death in custody, and unjustified death sentences including Juvenile executions on one side, and inhumane treatment and cruel punishments including amputation, flogging, torture and humiliation are some routine human rights abuses happening in Iran under the mullahs. To this add domestic crackdown as well as discrimination against women and religious and ethnic minorities under Rouhani. 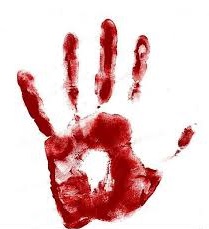 Over 3,000 people were sent to the gallows during Rouhani’s tenure and domestic crackdown has escalated since December 2017 when Nationwide Strike and Protests by workers, teachers, farmers, truckers, students and other strata of the society demanding their basic rights have started.

Moreover, Iranian authorities have continued crackdown on religious and ethnic minorities and increase suppression of lawyers and civil and human rights activists and the public who are demanding their basic rights. Mistreatment of prisoners, particularly political prisoners, has also escalated during Rouhani’s tenure.

The followings are just a few examples of the ongoing human rights abuses including executions and public hangings in Iran that have continued for nearly 40 years, particularly following the horrific 1988 massacre of political prisoners, because no perpetrators of the prison killings and no officials of the regime involved in this crime against humanity has ever been held accountable. 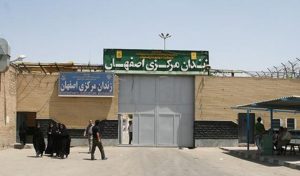 A prisoner was hanged at Isfahan Central Prison on Monday, December 17, Iran Human Rights reported on December, 22, 2018. According to the IHR sources, prisoner Vahid Jahangiri was sentenced to death for an alleged murder committed seven years ago. “Vahid had always denied the accusation. However, he was sentenced to death because of a testimony from a so-called witness,” the source said.

Vahid was from the Iranian city of Isfahan and the victim was from Golpayegan, but according to the source, the victim was killed in Isfahan. The Iranian media outlets have not published any information or news related to the execution. 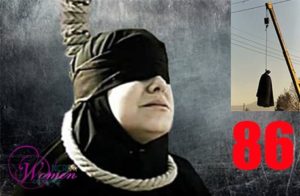 It is not clear in which city and prison the execution took place but the young woman had been interviewed by a state-media reporter as she was waiting in the (prison) courtyard for her sentence to be carried out.

Noushin was convicted of murdering a man, Soheil, who had promised to marry her, but took advantage of her, and subsequently brutalized, blackmailed and forced her into having sexual relations with his friends. (State-run ROKNA news agency – December 22, 2018)

According to the NCRI Women Committee, Noushin is one of the 86 woman that were executed during Rouhani’s tenure so far. She is not the first victim of violence being executed for defending herself and her dignity.

Iranian lawyer Mohammad Najafi has been sentenced to another 13 years imprisonment solely because of doing his job to defend his clients’ rights. He was sentenced to three years imprisonment a few weeks ago. Human rights lawyer Nasrin Sotoudeh and her husband are in prison facing several accusations. Amirsalar Davoudi, the defense attorney of several political and civil activists, is under arrest for almost a month, and unprecedented crackdown of Iranian lawyers continues. 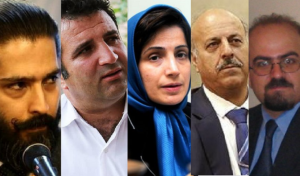 In a similar event, Iranian human rigths lawyers Arash Keikhorsavi and Qassem Shole-Sa’adi were sentenced to 6 years of imprisonment by branch 15 of Tehran Revolutionary Courts, headed by judge Salavati. They are reportedly sentenced to 5 years imprisonment for “illegal gathering” and one year for “spreading propaganda against the system.”

Moreover, human rights lawyer and Sakharov prize winner, Nasrin Sotoudeh, was convicted in absentia and sentenced to five years in prison after an unfair trial. She is accused of several so-called “crimes” including accepting the “Sakharov Prize for Freedom of Thought” given by the European Parliament. She is also accused of supporting immorality and prostitution by representing Girls of Revolutionary Street, encouraging referendum, helping the establishment of home churches, her membership in Defenders of Human Rights Center, membership in an abolitionist campaign called Step by Step to Stop Death Penalty.

A few days after Nasrin’s arrest, her husband Reza Khandan was also arrested and faced charges like “gathering and collusion against national security, spreading propaganda against the system and encouraging immorality and prostitution” by opposing compulsory hijab.

Afsaneh Rezaei, a student of Shiraz University, was taken to Adel-Abad Prison on December 24, 2018 to serve a six-month sentence. She was first arrested in August for participating in the gatherings in support of her mother who was detained during the strikes of teachers held on November 13 & 14 in over 40 cities in Iran. Her mother was a teacher who was arrested in Shiraz for participating in the gatherings and protests of teachers and educators in August 2018. 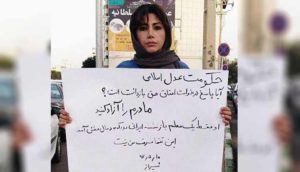 Iranian teachers went on a nationwide strike on November 12 and 13 to demand better working conditions for their poorly paid profession, one month after their last mass protest.

The Iranian regime’s security and judicial authorities responded to the second round of peaceful teachers’ strikes by arresting and summoning alleged participants in several cities across the nation.

According to reports, following the strike, at least 13 protesters were arrested, more than 30 were summoned for questioning and 50 others were threatened by security agencies over the phone.

Branch 36 of Tehran’s Court of Appeals held on October 24 upheld 10-and-half-year prison sentence for jailed teacher Mohammad Habibi for “assembly and collusion against national security” and “spreadindg propaganda against the state”, 74 lashes, a two-year ban on leaving the country and political and social activities, Iran’s state-run ISNA news agency reported on December 24. 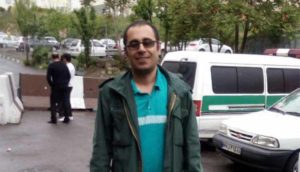 Trade unionist and welding teacher Mohammad Habibi, a 29-year-old member of the Iranian Teachers’ Trade Association, was first arrested on March 3, 2018 in front of his students outside the school in Tehran where he used to teach. Revolutionary Guards agents pepper sprayed and beat him during his arrest and transferred him to an undisclosed location where he remained in solitary confinement until around 19 March.

During this period, he was repeatedly interrogated while blindfolded and subjected to torture and other ill-treatment including through being slapped in the face, having his head forcibly shaved, and receiving insults and threats against him and his family. He was then transferred to Evin prison and released on bail on April 15.

In August, he was convicted of several spurious national security-related charges stemming entirely from his human rights activities as a teacher trade unionist, and sentenced to 10 and a half years in prison, 74 lashes, a two-year travel ban and a two-year ban on “membership in political and social parties, groups or collectives.”

“In addition to Mohammad Habibi, other imprisoned teachers in Iran include Esmail Abdi and Mahmoud Beheshti Langroodi, both of them human rights defenders serving prison sentences for peacefully exercising their rights as trade unionists. At least six other teachers were given a nine-month suspended prison sentence and a flogging sentence of 74 lashes in September 2018 for their peaceful participation in gatherings on 10 May 2018,” Amnesty said.

The trafficking of adults and children is a prevalent phenomenon in Iran under the mullahs rule. So much so that the relevant authorities are complacent […]

Why does the world remain silent when Iran’s political prisoners are tormented to death or hanged? Why is the world silent when juveniles are executed […]

Iran: Farmers of Isfahan’s Varzaneh Take to the Streets to Protest

The farmers of Varzaneh, east of Isfahan, have continued their protest rally on Friday, December 28, against unfair management and distribution of water sources and […]