There is no one in Iran that is safe from the oppression and injustice of the dictatorial regime, but Iranian girls are the most defenseless and most oppressed citizens who have been discriminated against because of their gender and because women are considered second degree citizens in the mind and ideology of the reactionary and misogynous mullahs ruling Iran. 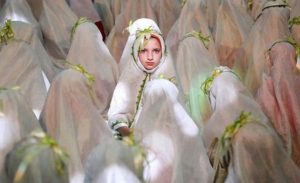 All the efforts of the Iranian reactionary rulers are to hold the girls back with misogynous laws and strapping them with traditional reactionary rules so that they do not acquire the minimum knowledge required to claim their human rights while keeping them away from the society.

Instead of maintaining and protecting the health and development of girls, the regime, each year, organizes a bogus and reactionary ritual called the “Task Feast” (reaching age of marriage), and announces that these girls at the age of 9 have now reached maturity and that they are hold accountable under the so-called religious (Sharia) law. 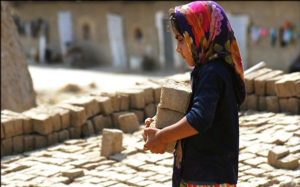 The poverty of the family and the lack of financial rehabilitation for the exorbitant cost of education, the participation of children in the household economy and child labor again due to poverty and family’s need to meet the end needs, cultural problems, seasonal migration, lack of birth certificates, are among the reasons preventing children from attending school, and all these reasons are more evident when it comes to girl children.

The corrupt policies of the mullahs regime and rising prices are forcing many students to drop-out of schools at an accelerating rate. According to a report by the state-run Salamat News website on 26 September 2018, at least 2 million students do not have access to education or were forced to stay away from school and have left education due to various reasons including poverty and high cost of education, with a much larger share of them being girls.

According to the figures provided by the Iranian Statistics Center, in 2011, more than 9 million and 48,328 people were considered illiterate in the country, of which 6 million and 25, 965 thousand were women that is over two thirds of the illiteracy in the country was observed by women. Of course, this two-thirds ratio is almost true for all statistics. 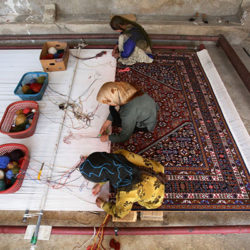 The dropout situation among female students in the country’s border provinces to a large extent reflects this injustice and double exclusion and deprivation, as many of them have been excluded from school because of the poverty of their families.

Many Iranian girls who have lost their education due to the financial poverty are forced to work as child labor in Brick kilns and various workshops, especially in carpet weaving workshops where they spend most of their childhood beside carpet scaffolds, and at the end live the rest of their lives as adults in poverty.

Iranian girls are also victims of non-standard school systems and infrastructures, insecure commuting and transportation, and the irresponsible approach of the authorities to girls education.

Girls’ marriage is an issue officially defined in the laws of the clerical regime. Not only the legal age for marriage for Iranian girls is 13 lunar years, but the father or grandfather (male ancestor) and a judge can also force the girl to marry even earlier.

As a result of this law, due to the increase in poverty in Iranian society, girls are forced to marry as a way to escape financial debt or reduce the cost of poor and low income families. Early marriage is the most important reason forcing Iranian girls to leave education or stay away from schools.

Girls’ sale is another catastrophe created by the clerical regime, in which smuggling girls for many years has been a common tragic phenomenon. 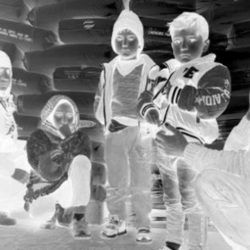 Not long ago, Al-Manaf, a center for information dissemination, said in an article referring to the U.S. Department of State’s report that the Iranian regime was at the top of the countries where human trafficking occurs: “Islam of Khomeini and his remnants, namely the Islamic regime of Iran, revived the age of Jahilite (ignorance) and has turned to human trafficking. The highest levels of Iranian rulers are in the business of selling human beings, and in this regard, son of mullah Rafsanjani (Iran regime’s former president) can be mentioned as one of the leaders in this business.”

Abdul Karim Abdullah, the author of the article, went on to say: “What other reports do not mention about human trade is the trafficking of human organs, which Iran regime is also famous for. Once again we ask this regime, what is Islam? O turban-head mullahs of Iran!”

“The victims initially have no knowledge of being smuggled, but only a few days after getting married by force, threats and/or deception, they are transferred to the border areas and then to the destination countries. Women do not have any option to escape this process, and they are watched and kept like a prisoner.” 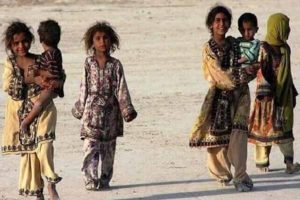 Of course, the above is only a handful of the pile. At the same time, there are many cases reported by the press and government officials that are not recorded in any reference.

The figures included in this report must be considered the least, because as the result of the lack of transparency of the clerical regime and the fact that the Iranian authorities try to reduce the gravity of the situation by manipulating the statistics, the true situation of Iranian women and girls is much more dire than the data indicate.

But along with all these repressions, discrimination and pressures on the Iranian woman, which have grown steadily since the establishment of the religious dictatorship in Iran, there stands a Resistance, Iran’s Resistance led by Maryam Rajavi, that has put into practice the equality of men and women and provided valuable words and experience in this regard. 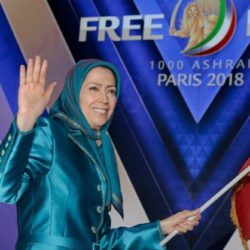 Maryam Rajavi, a leading woman who is the irreconcilable enemy of the mullahs oppressive regime, has presented a 10-Point Platform for free Iran of tomorrow that emphasizes on gender equality, respect for all individual freedom, separation of religion and state, and a non-nuclear Iran. The platform calls for a pluralist system and freedom of parties and assembly, and more importantly abolition of death penalty.

In addition to the 10-Point Platform, Maryam Rajavi has also presented a plan for women’s freedom and equality in society, which outlines a new perspective on the future of Iranian women and girls.

This plan revives the lost trust of Iranian people who were betrayed by Khomeini and his regime that oppressed the Iranian people for nearly four decades with a dagger and imposed compulsory veiling on Iranian women with the slogan of “either Hijab (veiling) or underdog (literally slap on the head)”, and did not have any merit for this sophisticated society, except for poverty, suppression and killing.