Farmers in Varzaneh, Shatur, and Ziar, east of Isfahan province, staged gathering on Thursday to protest the scarcity of water and lack of access to water resources, and Iranian authorities’ mismanagement in this regard among other demands. 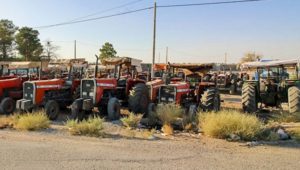 The problem of access to water has become a focus of tension between the Iranian regime and the people of Isfahan, where agriculture is one the main sources of employment and income for the citizens. The regime has historically failed to manage water resources in Isfahan and a number of other provinces.

The disproportionate building of dams and water channels, which is mainly orchestrated by the Revolutionary Guards is another problem. The IRGC uses its vast financial and political power to use Iran’s water resources to its own benefit. The IRGC specifically builds ِunconventional dams to cater to its own institutions and companies ignoring their consequences on the environment and the people who need access to water resources. As a result, Isfahan farmers, who depend on the water resource to irrigate their lands, are taking the hit. 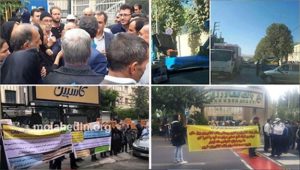 The mismanagement of water resources has not only resulted in economic damage to farmers but also caused an environmental crisis in different parts of Iran. This is evident not only in Isfahan, but also in other provinces, such as Khuzestan, where severe dust storms have become a norm, and in Azerbaijan, north of Iran, where Lake Urmia, Iran’s largest salt lake, has lost most of its capacity in recent years.

This is not the first protest of the farmers in Isfahan against the Iranian regime’s corruption and mismanagement. Earlier this year, Isfahan farmers staged similar protests and demonstrations that lasted more than two months. 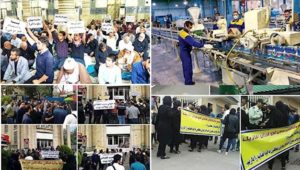 Like many other protests that are happening across Iran in recent months, the slogans of the demonstrations have not only been directed at economic woes but also at the regime in its entirety and are calling for regime change. Workers, farmers, teachers, students, truckers who have launched fourth round of their strike, as well as other strata of Iranian society including retirees and plundered clients of credit unions have been protesting and/or on strike last month in numerous cities across Iran despite the fact that they are facing threat and repression of the regime.

The Iranian regime tries to blame foreign countries for the social and economic crises engulfing the regime, but for the farmers of Isfahan, who have been living under the mullahs tyranny for the past four decades, there’s no question who is responsible for all the problems and who they should blame for their daily miseries.