Previously, We Published a Report by Amnesty International (AI) on the 1988 Mass Killing of 30,000 Political Prisoners in Iran. According to the report, between July and September 1988, thousands of political prisoners were forcibly disappeared and extra-judicially executed by the Iranian authorities for their political opinions and  their bodies dumped in unmarked individual and mass graves.

The Following is a Complementary Report by Amnesty International on the 1988 Massacre Published on 12 December 2018.

Following the publication of its damning report on a three-decade long campaign of misinformation by the Iranian authorities about the mass prisoner killings of 1988, Amnesty International today published a video interview from December 1988 showing Iran’s then prime minister, Mir Hossein Mousavi, denying and distorting the truth about these crimes against humanity.

The video clip has been released in response to a public debate ignited since the report’s publication about the extent to which Mir Hossein Mousavi and his government were aware of the mass killings while they were taking place between late July and early September 1988, and his role in the official campaign to conceal the truth about what happened.

In the interview, first broadcast by the Austrian national public service broadcaster, ORF, on 13 December 1988, Mir Hossein Mousavi is asked about the executions. He responds saying, “We repressed them”, without explaining what he is acknowledging, and avoids any explicit reference to the mass killings. Instead, he focuses on criticizing the July 1988 armed incursion by the People’s Mojahedin Organization of Iran (PMOI), an opposition group based in Iraq at the time, in an apparent effort to misrepresent the executions as a legitimate response to an armed attack.

To View the Interview Click Here. This Video Clip is not for Distribution, Archive or Resale.

To View the Video with Persian Subtitles Click Here

“Mir Hossein Mousavi’s interview with the Austrian Broadcasting Corporation, ORF, shows that, in late 1988, he unashamedly propagated the same false narrative, used by other Iranian authorities for decades, to hide the truth that they had forcibly disappeared and extrajudicially executed at least 5,000 political dissidents as part of a systematic effort to eliminate political opposition,” said Philip Luther, Research and Advocacy Director for the Middle East and North Africa at Amnesty International. 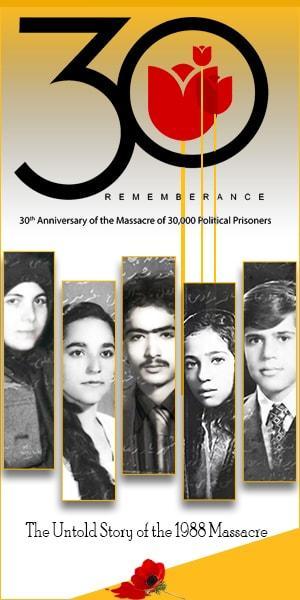 For years Iranian officials at all levels have sought to deflect attention away from the mass prisoner killings by focusing on the armed incursion of the PMOI in July 1988 and defending their actions as a necessary crackdown against those involved.

The mass enforced disappearance and extrajudicial executions constitute crimes against humanity under international law, which no circumstances can ever justify. Beyond this, the authorities have never provided any explanation of how thousands of prisoners held in Iran’s high-security prisons could possibly have communicated with PMOI members outside the country or been involved in the armed incursion. Testimonies from survivors at the prison confirm that prisoners being interrogated between July and September 1988 were not asked about accusations of secret collusion with the PMOI. In addition, the mass executions did not only target prisoners with PMOI ties; hundreds affiliated with leftist and Kurdish opposition groups were among the victims.

The contribution of Mir Hossein Mousavi’s government to the climate of secrecy surrounding the killings goes beyond this one interview. Since September 1988, after the news of the mass executions attracted international attention, senior government ministers and diplomats from his administration were actively involved in denying the mass killings in media interviews and exchanges with the UN to shield those responsible from accountability.

Amnesty International’s report details how these officials either flatly denied the mass killings, dismissed the reports as “nothing but propaganda” or claimed that the killings occurred on the battlefield. They also told the UN that some of the recorded victims did not exist, or were abroad, or studying at university, or being held as prisoners of war or had died due to “natural causes”. 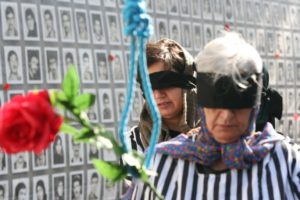 “Direct perpetrators of the prison massacres are not the only people who must be subject to criminal investigations. Given the authorities’ ongoing refusal to reveal the whereabouts of those killed, all former and current officials who have contributed to the climate of secrecy and denial facilitating the continued enforced disappearance of thousands of victims must also be held to account,” said Philip Luther.

Denying Knowledge of the Mass Killings

Since 2009, when he re-entered politics as a Reformist opposition leader, Mir Hossein Mousavi’s response when asked about the 1988 prison massacres has often been to avoid commenting or to claim that they took place without the knowledge of his government. In this way, he has tried to justify his failure to stop, investigate or at least condemn the killings publicly.

However, documents from Amnesty International’s archives show that the organization repeatedly raised its concerns about reports of mass prisoner executions with senior officials in Mir Hossein Mousavi’s government including the minister of justice, Hassan Ebrahim Habibi, and the minister of foreign affairs, Ali Akbar Velayati, from as early as 16 August 1988 when the organization issued its first Urgent Action appeal – while the killings were ongoing. The organization released at least 17 more Urgent Actions appeals between 16 August and 22 December 1988, mobilizing activists from around the world to send tens of thousands of appeals to the Iranian government and its diplomatic representatives abroad. On 13 December 1988 it issued a press release accompanied by a briefing.

“Despite being confronted with mounting evidence of these crimes, the government of Mir Hossein Mousavi repeatedly failed to condemn the killings and order investigations. This, coupled with officials’ grotesque denials of the truth, is truly shameful,” said Philip Luther.

Mir Hossein Mousavi himself has borne the brunt of Iran’s cruel criminal justice system since 2011, when he was put under house arrest, along with his wife Zahra Rahnavard and fellow opposition leader Mehdi Karroubi. Amnesty International has repeatedly called for their immediate release.

“All former and current officials who continue to treat the mass killings as state secrets effectively stand with those who have blood on their hands. He and all other officials who have hidden and distorted the truth must respond to the demands of tormented families for truth and justice, and publicly reveal any information that they have about the mass prisoner killings and the whereabouts of the victims,” said Philip Luther.

Read Detailed Report on 1988 Massacre of 30,000 Political Prisoners in Iran 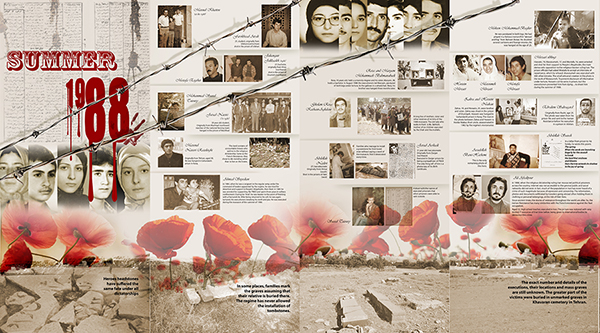 By Mohammad Sadat Khansari 1. Introduction: According to available information, the most important source of funds by which the mullahs’ regime ruling Iran finances terrorism […]

Despite the suppressive measures by Iranian regime, including harassment, arrests, and the threat of executions by the regime’s Prosecutor-General Mohammad Jafar Montazeri, the nationwide strike […]